2018 3rd International Conference on Applied Mathematics and Information Technology (ICAMIT2018) will be held at Holiday Inn Aqua City Nanjing (南京水游城假日酒店) during Oct. 24-26, 2018.
Holiday Inn Aqua City Nanjing is located next to Xinjiekou CBD and Confucius Temple district, with walking distance to metro line 1 Sanshanjie Station and line 3 Fuzimiao Station. About 15 mins by metro to Nanjing South Station or Nanjing Station. With 45km in 40mins distance to Nanjing Lukou International Airport. The hotel is connected to Aqua City shopping mall. Shopping Fun and Maoye Plaza are also nearby. From the hotel you can walk to the Nanjing historical Qinhuai River. There are also the East Zhonghua Gate Historical Culture Block, Zhanyuan Garden, Former Residence of Ganxi, Zhonghua Gate and Porcelain Tower of Nanjing around the hotel. Check into the Holiday Inn Aqua City Nanjing, you will have a relaxed and comfortable business or vacation trip. 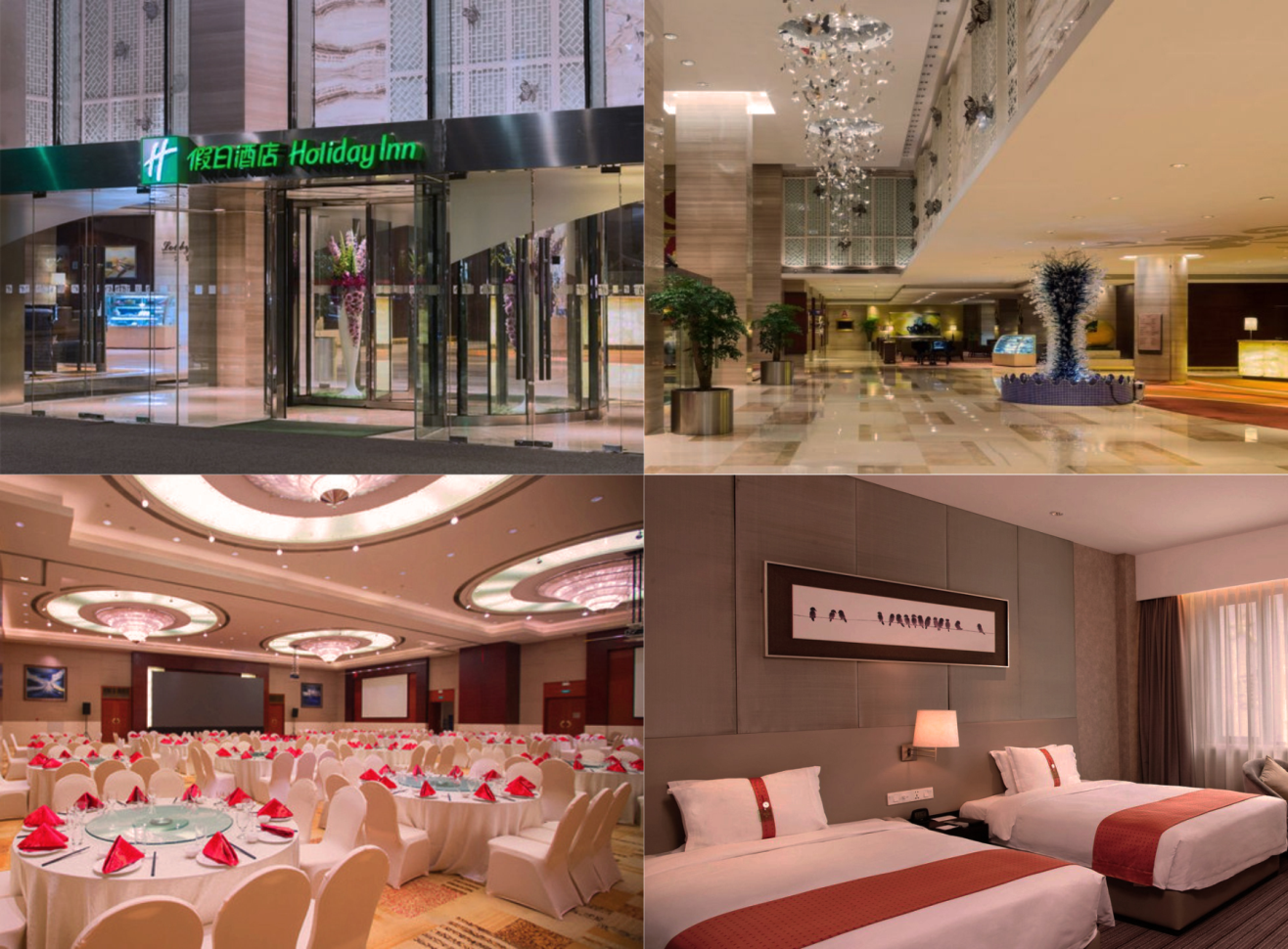 The following is the hotel room rates for your reference:


Reserve the Room over the Phone:

To know more about the hotel, you can download the PDF by clicking the following link: Holiday_Inn_Nanjing_Aqua_City.pdf.pdf

Nanjing is the capital of Jiangsu province and the second largest city in eastern China (after Shanghai), with a total population of 8.16 million and an urban population of 6.55 million in 2013. The city whose name means ‘‘Southern Capital’’ has a prominent place in Chinese history and culture, having served as the capitals of various Chinese dynasties, kingdoms and republican governments dating from the 3rd century CE to 1949. Nanjing is one of the most beautiful cities of mainland China with lush green parks, natural scenic lakes, small mountains, historical buildings and monuments, relics and much more, which attracts thousands of tourists every year.

Sun Yat-sen's Mausoleum (中山陵) (Figure 1) is situated at the foot of the second peak of Mount Zijin (Purple Mountain) in Nanjing, China. Dr. Sun Yat-sen is considered to be the “Father of Modern China” who fought against the imperial Qing government and ended the monarchy and established the Republic of China after the 1911 revolution. With deep historical significance, magnificent architecture and beautiful scenery, Sun Yat-sen's Mausoleum is classified as a AAAAA scenic area by the China National Tourism Administration.

The Nanjing Presidential Palace (南京总统府) (Figure 2) has more than 600 years history. It is not only the Headquarters of the Nationalist Government, but also the Palace of the Heavenly King and Office of the Viceroy of Two Lower Yangtze Provinces. The Presidential Palace is divided into three regions. The central region is mainly the presidential palace of the Nationalist Government and its affiliated institutions. The Western District is Sun Yat-sen’s temporary presidential office, the Secretariat and the West Garden, as well as the Staff Headquarters. The Eastern District is mainly the former site of the Administrative office, Stable and East Garden.

Yuhuatai (雨花台) (Figure 3) is located in the south of Zhonghuamen, Nanjing. It is a patriotism education demonstration base. The whole scene is divided into six blocks: Martyrs' Cemetery District, Scenic Spots and Historic District, Yuhuashi Cultural District, Yuhuacha Culture Zone, Recreational Activity Zone and Ecological Forest Zone. In the Revolutionary Martyrs Memorial Hall and the Martyrs' Deeds Exhibition Hall, many books, manuscripts, clothes and writing tools of the soldiers were displayed. The lush park is not only a tourist attraction, but also a place for Nanjing citizens to entertain.

Xuanwu Lake (玄武湖) (Figure 4) is located in Xuanwu District in the central-northeast part of Nanjing in Jiangsu, China. It is near the Nanjing Railway Station and Ji Ming Temple. Five islands within the lake are interconnected by arched bridges. A visit to the lake and its park can include up to a five-hour walk. Within the park are temples, pagodas, pavilions, gardens, teahouses, restaurants, entertainment venues, a small zoo, and other attractions. Its main entrance is the Xuanwu Gate.

The Qinhuai River (秦淮河) (Figure 5) is a tributary river of Yangtze River which runs through central Nanjing. It's also the birthplace of the traditional Nanjing culture. As such, it's called "Nanjing's mother river". It is the "life blood" of the city. The Qinhuai River is divided into inner and outer rivers. Today, the scenic belt along the Qinhuai River develops with the Confucius Temple at the center and the river serving as a bond. The belt featuring attractions like Zhanyuan Garden, the Confucius Temple, China Gate as well as the sailing boats.