The information about the Keynote Speakers of ICAMIT2016 is as follows, which will be updated regularly. 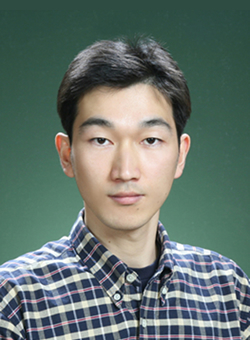 Biography: Dr. Changsoo Je is currently a Research Professor of Electronic Engineering at Sogang University, Seoul, Korea. He received a BS degree in Physics and MS and PhD degrees in Media Technology from Sogang University, Seoul, Korea, in 2000, 2002, and 2008, respectively. He was a Research Professor (2009-2010) and a Postdoctoral Research Fellow (2008-2009) of Computer Science and Engineering at Ewha Womans University. His research interests include computer vision, computer graphics, and image processing. He has published many research papers, and has served many international journals and conferences as Reviewer/Committee Member/Editorial Member/Co-Chair. He received an Outstanding Paper Award at the Korea Computer Graphics Society Conference in 2008 and a Samsung Humantech Thesis Prize Award from Samsung Electronics Co., Ltd. in 2004.

Abstract: In computer vision, research on reconstructing geometric shape of physical objects by machines has been one of primary issues, and numerous methods for obtaining range information from images have been presented. Structured light is the most accurate and reliable method for obtaining 3D geometric information. Although the geometry of objects varies with time in most cases, most previous structured-light methods have assumed that the object scene is static or near-static. For reliable range sensing of dynamic objects, range information should be acquired from one or slightly more video frames and the acquired range information should be insensitive to object color and ambient illumination. This speech presents color structured-light for rapid high-resolution range imaging which is applicable to the modeling of dynamic objects. We propose color-phase processing methods to implement single-frame range imaging with color sinusoidal light. We analyze color-phase distortion for estimating accurate phase information, and propose a reliable unwrapping method for imaging with high-frequency sinusoidal light. In addition, we present color-stripe structured-light methods for single-frame or double-frame imaging based on novel color analysis, permutation overlapping and sign codification, which maximizes acquisition speed, range resolution and accuracy. The imaging area of a 3D object using a single projector is restricted since the structured light is projected only onto a limited area of the object surface. Employing additional projectors to broaden the imaging area is a challenging problem since simultaneous projection of multiple patterns results in their superposition in the light-intersected areas and the recognition of original patterns is by no means trivial. This speech presents a method of multi-projector color structured-light vision based on projector-camera triangulation. 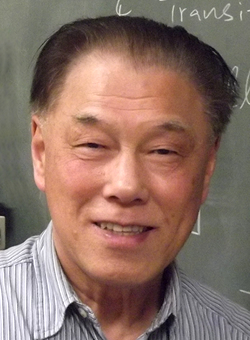 Biography: Dr. Zhenyuan Wang was graduated from the Department of Mathematics, Fudan University in 1962. He received his Ph.D. from the Department of Systems Science, State University of New York at Binghamton in 1991. He taught various mathematical courses in Hebei University for many years since 1962, supervised graduate students from 1978, and served as the Chair of the Mathematics Department there from 1985 to 1990. He was promoted to a professor in 1986 and a visiting scholar, visiting professor, or research fellow in University Paris VI, Binghamton University (SUNY), Chinese University of Hong Kong, New Mexico State University, and University of Texas at El Paso during the period from 1979 to 2008. Currently, he is a tenured full professor in the Department of Mathematics, University of Nebraska at Omaha. He received a number of honors and awards including the title of “National expert” from the Chinese National Scientific and Technological Commission in 1986 and the “Citation Classic Award” from the Institute for Scientific Information (USA) in 2000. His research interests are nonadditive measures, nonlinear integrals, probability and statistics, optimization, soft computing, and data science. He is the author or a co-author of more than 160 research papers and three monographs: “Fuzzy Measure Theory” (1992), “Generalized Measure Theory” (2008), and “Nonlinear Integrals and Their Applications in Data Mining” (2010). He is currently serving as a member of Editorial Board or Associate Editor-in-Chief of four international journals such as Fuzzy Sets and Systems.

Topic: Nonlinear Integrals with Their Applications in Information Fusion and Data Mining

Abstract: In information fusion and data mining, a new nonlinear aggregation tool formed by nonlinear integrals is introduced to elaborately capture the interaction among attributes towards a given target. The most common type of nonlinear integrals is the Choquet integral. In some typical models of data mining, such as nonlinear multiregression and classification, based on the Choquet integral, the involved unknown parameters can be evaluated through a soft computing technique when a relevant data set is available. The new nonlinear models can be widely applied for data analysis in bioinformatics, medical statistics, economics, forecast, decision making, and management. In face of various challenges from big data, these nonlinear models may have relevant generalizations, adjustments, improvements, and deformations.